Though we’re still recovering from last weekend’s epic This Fiction party (featuring Savoir Adore and Great Good Fine Ok) we’re gearing up to host super producer Steve James. From a small Pennsylvania town to producing mega-hits for the likes of Justin Bieber, James is living the dream. At the tender age of eighteen he has toured with the Chainsmokers and Martin Garrix, showing everyone that the only way for him to go is up. His debut original garnered over 20 million hits, yet he still finds time to stay connected to home. He even took his girlfriend to prom recently. In preparation for his Montauk Beach House debut this weekend, we chatted with James about producing for Justin Bieber, his hometown and much more.

Tell us a bit about your sound. 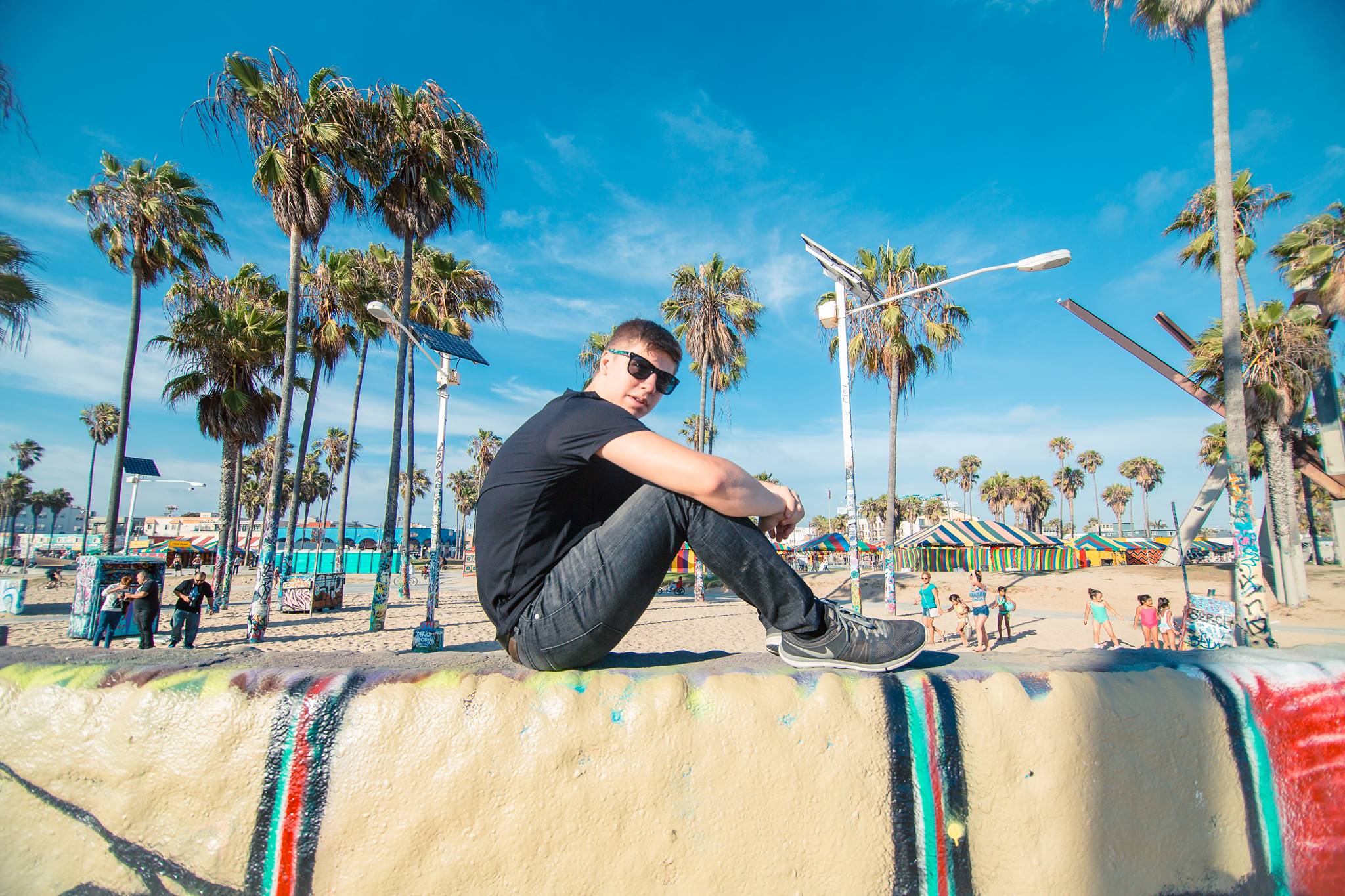 Well, my sound is certainly something that’s been growing a lot with me in the past year. I’ve tried not to pigeonhole myself into one genre or another, but I’ve always liked classifying it simply as dance-pop. I love dance, I love pop, I love combining what I think are the best parts of both with my own unique flares, and that really keeps me excited going to the studio each day, not knowing where this direction might take me.

Haha, that’s a good one. I vividly remember being about 4 years old and my mom putting me in piano lessons, and after about 10 minutes of the 30 minute lesson, that’s all I could handle so I’d just hide under the bench until my piano teacher got my mom and made me leave for the day. But I kept coming back!

Describe the moment you received the final cut of Bieber’s ‘Purpose,’ which you produced.

The first time I heard Justin’s voice on it was last summer in Los Angeles. I certainly will never forget what that was like, especially given how emotional of a song it is and how amazing he sounds singing it. That’s etched in my memory for sure. I was in the car with my brother though when we heard the final mix with the final pianos and that was quite surreal as well. I’ve always loved ballads and to hear a song of that style that I’d been a part of in its finished form was just really special. It won’t be the last time I write/produce a ballad.

Things seem to be happening quite quickly for you. How do you remain grounded?

I would easily say just the people I’ve surrounded myself with. From my management who’s been with me since I was 15 and about to start high school to my publisher and agents who have understood who I am and what I want to accomplish from our first meetings — they all are beyond supportive and reinforcing of the idea that we can create something artistic and make a difference without losing ourselves in the process. Not to mention my parents, brother and girlfriend back home who’ve all gone above and beyond in understanding what I do and being there for me through it all. I feel sometimes as though I’m in a much bigger world now than when I left Pennsylvania, but I always tell my parents that I feel the same as I did when I was 16, and that’s just an impish, small town kid who loves to make music that means something to me.

You’ve toured with some big names, namely The Chainsmokers and Martin Garrix. What are some of the most important lessons you’ve learned from them?

The biggest thing I’ve learned from those guys, indirectly, is love what you do. It takes 24 hours a day, 7 days a week to make it in the music industry and you just can’t put in that kind of time and energy if you’re not loving what you do. Being around guys like Alex and Drew and Martin who all live that 24/7 lifestyle and can bring positive energy in every moment of that whether it be on stage or in the studio, it just reminds me to stay focused on the things that are important to me so that I can bring that same level of happiness and enthusiasm that they can 365 nights a year.

You just turned eighteen and EDM/electronic shows are notoriously 21+. How do you swing it?

Well, for starters I don’t really go out much to begin with. If there’s someone in town I want to see and I’m allowed in, great. But for the most part I prefer my studio on the weekends a lot more than any of the nightlife I can get into right now so… I just stay in. As for touring, I’ve yet to have anyone stop me from playing my show. There is the occasional escort in/escort out scenario which is always a bit of a bummer, but realistically I hope to be doing this for a while, so it may be a blessing in disguise.

What’s been the biggest adjustment from Pennsylvania to LA?

Traffic… haha. But really, the space to cover in Los Angeles is kind of a pain. In my hometown, I was less than 10 minutes from school, the gym, groceries, SHEETZ (if you know, you know), and anything I could ever need. Not to mention mom’s cooking, tennis with my dad and lazy nights watching Netflix with my girlfriend. In LA, it takes a lot longer to get anywhere during the day, I can’t remember the last home cooked meal I had out there, and nobody prefers a long distance relationship over a not so long distance one. But great sushi or some In-N-Out and 10+ hours in the studio most days is hardly something to complain about if you ask me.

Where does Steve James go from here?

Well, I just released my new single, “In My Head,” with my homies RKCB that I’m really excited about. From here, I’m finishing a song this week that’s really special to me and have been working on for literally months. That’s the next single, and I have a few other fun tracks I’ve written and remixes I’ve done that could see releases before the end of the year. I’m about to jump in the studio for half of August and all of September after traveling more this summer, and really key in on the EP I want to release early next year. The EP is centered around the last year or year and a half for me. I’ve been co-writing all the songs to make sure it’s something personal and unique, something that I don’t think a lot of DJ’s are doing right now. But for me I think that’s part of the dance-pop hybrid. When it comes to original music I’m trying to avoid DJ records and focusing more on writing songs that correlate with real experiences, real emotions that’s I’ve personally dealt with in the last crazy year of my life. And I’m excited to share that with everyone come early 2017.

Here’s a taste of what you can expect from Steve’s set come this weekend:

Steve James is spinning at the beach house on Saturday July 23rd alongside Adam Lipson.

Peep the rest of our calendar and RSVP here.