West Coast-based skate photographer Greg Zamarripa is bringing the bona fide skater spirit to the nautical scene of Montauk. His work is currently on display at the Montauk Beach House and I had the chance to catch-up with our latest artist-in-residence to talk about his artistic background and recent projects. 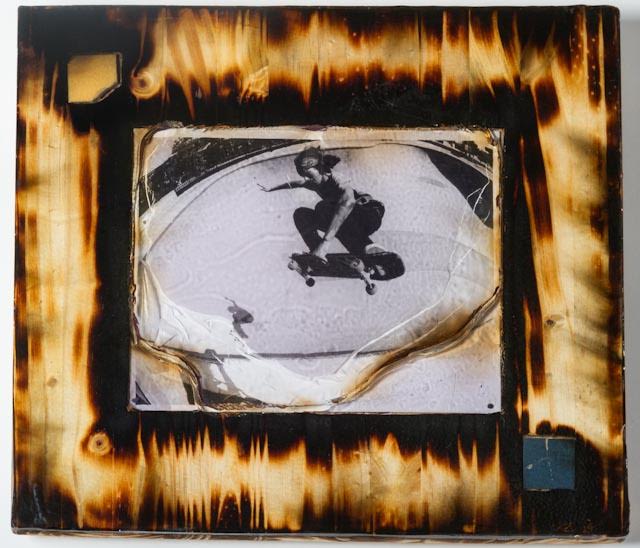 How did you first become interested in skate culture and what made you decide to document it?

I became interested in skate culture when I was very young and got my first skateboard at around 10 or 11 years old. By the time I started high school, skateboarding was a major part of my life, growing up in San Diego helped this even further. I first began documenting the skating world when I got into a photography program at the University of Arizona.  It started with basic assignments and gradually evolved, culminating into a book entitled “Criminal,” which was my attempt to make the world outside of skateboarding understand why we do what we do….graffiti, vandalism, trespassing, and all that included.

Skating reached a cultural apex in the 90’s (usually accompanied by some flannel). How do you want to shine a new light on it today?

Well, I’m not sure if the 90s was the apex for me….I was still too young to know much of anything then. Flannel is still a major accessory these days, but thankfully the shoes and pants have returned to a more manageable size. As far as shining a new light, I try to shoot things that translate the feel and passion of skateboarding, that is something that people can relate to whether they skate or not. For example, something as simple as flying in the air, even if you don’t skate, it looks like fun and everyone can relate to it. That’s why we all started skating and keep skating….because it’s fun!

How do you think your work will translate in the Montauk scene?

From what I know about Montauk, it seems like a place that’s pretty focused on enjoying life rather than the rigors of it. That resonates with the majority of my work which primarily embraces a love of life and finding the joy in everything you do.

Do you think you’ll do some shooting while visiting the East End?

I brought a camera so I’m sure I’ll shoot something, but I don’t have anything planned out, I never really do. I’m sure something will catch my eye though. I have been hearing that a lot of people surf here, and surfing is skating’s older brother 😉

Tell me more about your residency and the body of work that will be on display at the Montauk Beach House.

The work that will be featured is something that I began from skating pools. I’d always take a little something, like some tiles that got knocked off or something like that, and after a while it came to my mind to arrange these little artifacts with the photos I’d shot at the pools. Later I carried this idea with me to other parts of my life/work, constantly collecting photos and artifacts everywhere I was inspired to do so. The framing came about originally because I couldn’t find or afford to get them framed the way I imagined. Basically, I wanted to have the artifacts and the photos sealed together in one solid piece. I started with a small piece of wood and a chisel, then as the project continued I got routers, sanders, blowtorches. Finally I began sealing the pieces in surfboard resin. The main concept is that each piece has an artifact from where the photo was taken, which I like to think gives a more tangible aspect to the idea of a photo being a frozen moment of a place in time.

What do you plan to do with your downtime in Montauk? What do you want to see the most?

While I’m here in Montauk, I plan to spend my free time relaxing with my sister and her friends; eating, drinking, and hopefully surfing if there are any decent waves. I’d like to explore other local land and water activities, mostly to see the similarities and differences between Montauk and Cardiff by the Sea, the beach town on the other side of the continent where I live.

Join us for the opening reception on Friday July 17th from 6-8pm.

BACK to LOW TIDE home
artartist in residencegreg zamarripaphotographyskatersvision
WE ARE