4th of July Weekend is typically one of our most anticipated moments of the summer, but this time around it also harkens one of our most anticipated art shows and opening events of this (and perhaps any) season. Boundary breaking, mind melding, and outstandingly original, your usual hotel lobby art it ain’t. Leah Schrager‘s work certainly speaks for itself, but we were also thrilled at the opportunity to speak to her about it. Scroll on for a tantalizing taste of what to expect, though it’s probably safe to say that the upcoming show and conjunctive performance will serve up some unexpected surprises nevertheless.
Let’s start at the beginning…when did you first foray into creating art and how did that develop into a career?

I first started creating when I was 5, finding most of my outlets and inspiration in the world of dance at first, so since then. My undergraduate degrees are in Dance and Biology, and after that I moved to NYC. It was here that I started moving into fine art and online performance. The transition came from a deep need to own and have rights to my image, as well as a desire to aesthetically explore.

You’ve managed to find a totally unique aesthetic in such a saturated space – how would you describe your work to someone who hasn’t seen it? 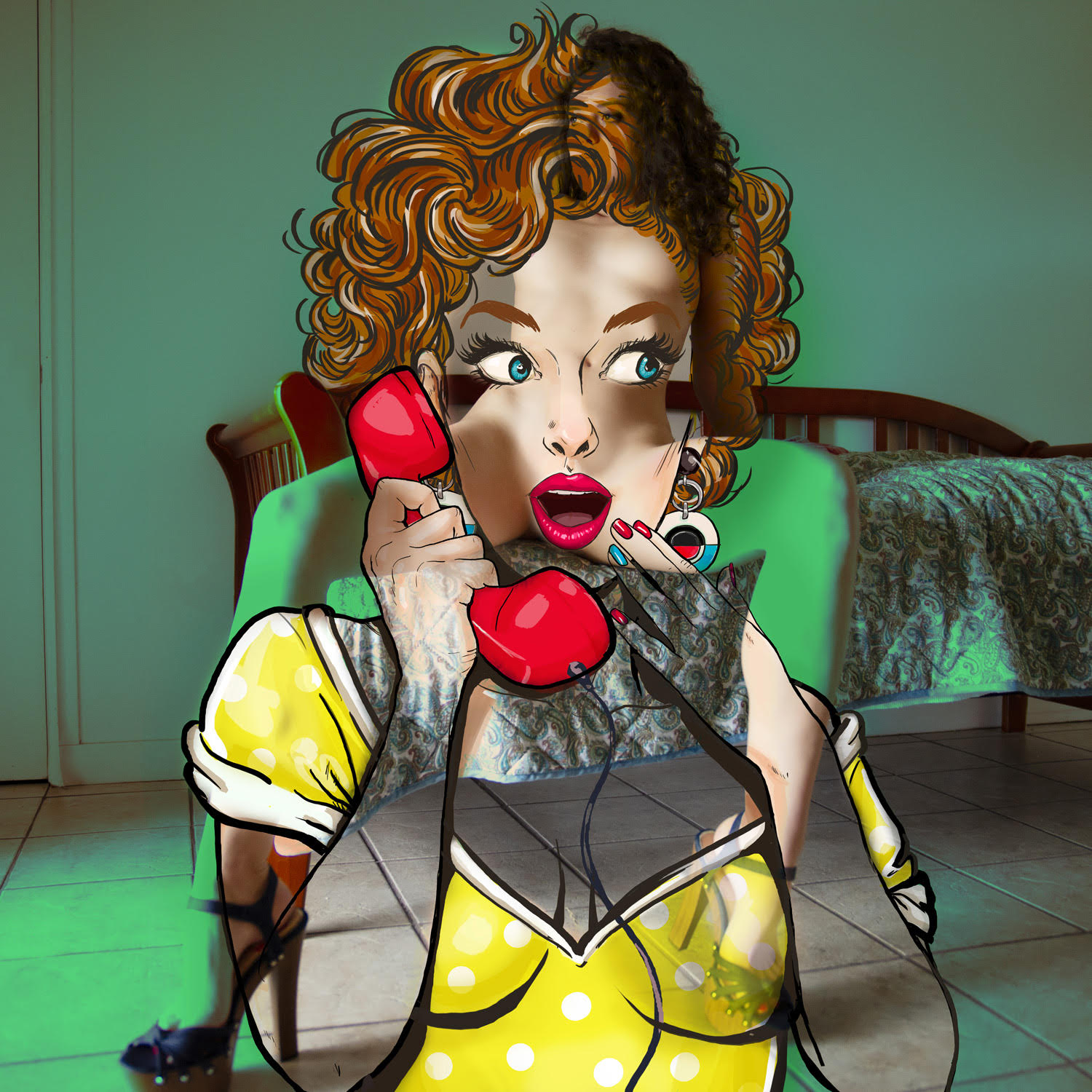 Thank you so much! I think of my practice as having two parts. The first is a conceptual online performance practice. The second is my visual work which draws from base images the first, and that I censure, manipulate, and experiment with to create the final work.

Your pieces create a unique world for the viewer to step into – was this your intention? Did this come naturally or was it a journey to get there?

It came from my facing the reality of what it is to be a young woman existing online today, and the aesthetic has come in a way both as a journey and naturally out of the work.

Where did the inspiration for “Unprotected Specs” come from? Can you elaborate on the name?

I created a list of possible titles and this one just stuck to me. I like how it sounds. And there’s the obvious reference to/rhyme with sex – the risky and verboten nature of unprotected sex that speaks to what’s at the heart of my work and the reactions I get to it. Then there’s the flexibility of a digital image in terms of the dimensions/specifications it is materialized in. And finally there’s the ambiguity and dominance of the community guidelines on Instagram (i.e. specifications) that force me to censor myself, so they act with impunity, or are “unprotected” in the sense of uninhibited in their control, but in the end it’s I who am unprotected and dominated.

We have SO many questions about Ona, your alter ego (for lack of a better term), that it almost warrants a second interview, BUT let’s try to give our ADD readers a taste while we have their attention… 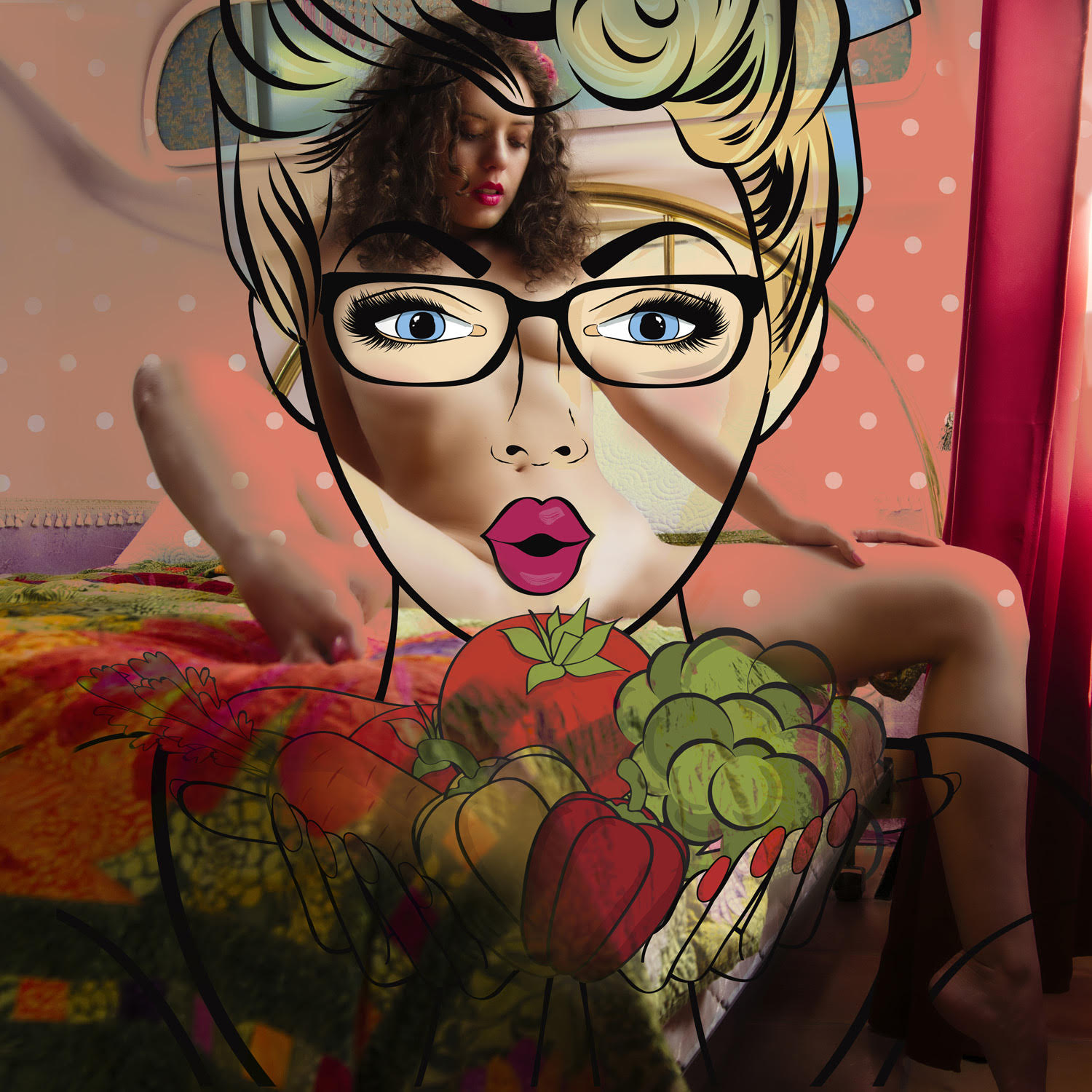 How did she come about?

She started during the last year of my MFA from Parsons. I wanted to create a celebrity as an art practice. I had also just finished co-curating Body Anxiety (bodyanxiety.com) which provided (among other things) a platform for models who were also the artist in the work. So I proposed that as a corollary to male appropriation of models in art, that the model herself could also be the “appropriating” artist. I’d been creating work in that vein for some time and I kept asking myself, what is next? And I came to the idea that since celebrities were also a commonly appropriated image. Ona started with no idea of how it would turn out. And ultimately Instagram (at that time) was the best place for a self-made self-funded “celebrity” to come about.

What are the biggest differences between Leah and Ona? What are some of the similarities?

Ona exists virtually, and she is always sexy and brashly pro-sex. Leah exists in the art world and is trying to be stylish and feminists argue over whether or not she gets to count as a feminist. Ona creates photographs, Leah manipulates the photographs. The similarities are in the face, in the desire to spread beauty and happiness, and in the censorship that is pervasive (in this supposedly open time).

What is the best/worst thing about having 3 million Instagram followers? 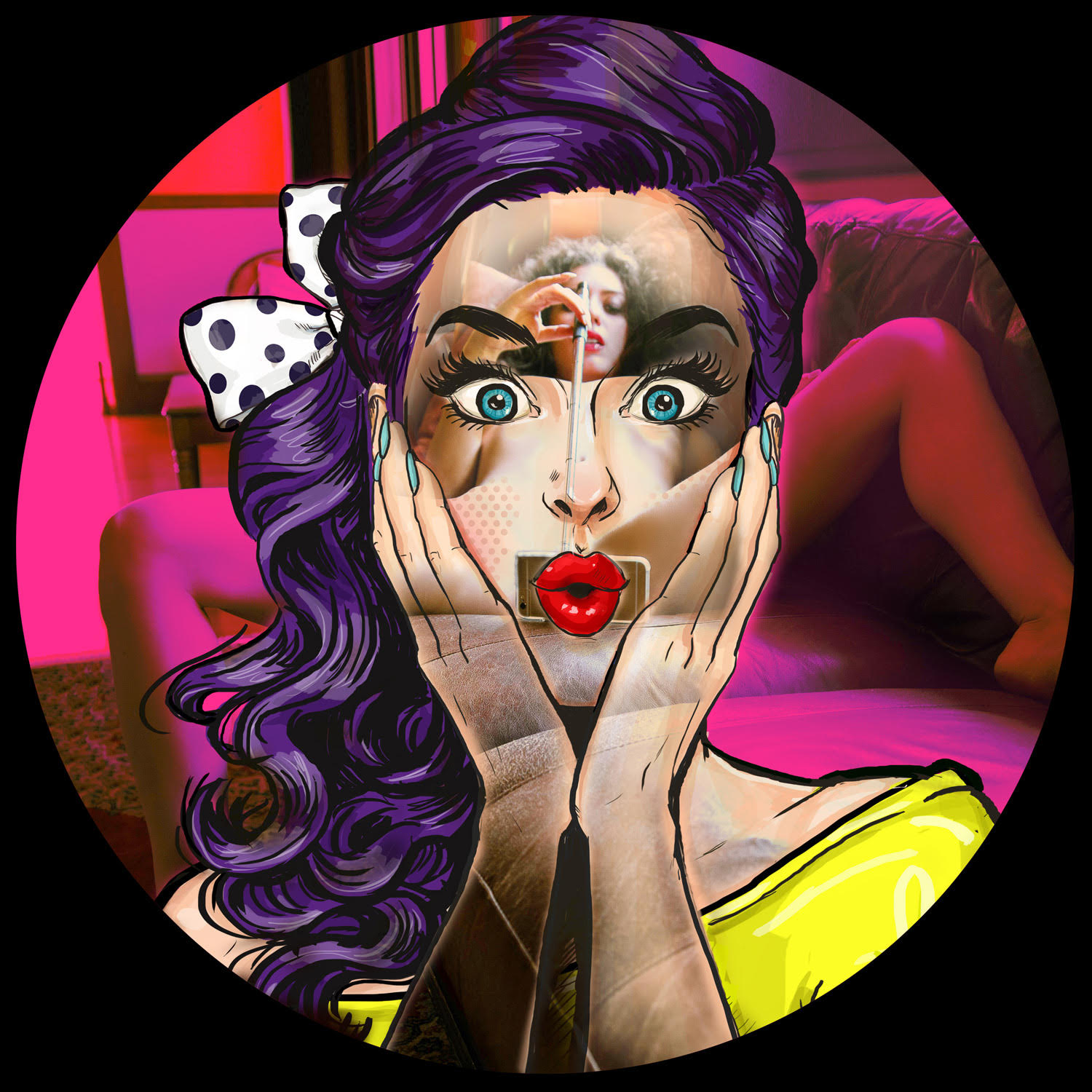 What do you want her legacy to be?

My original goal with her was that she would become a superstar musician. She has an EP and a great first album, but all the music producers have said they can’t touch her cuz of her image. So in a way, the project failed.

Since you “invented” her, could you also potentially do away with her?

Yes, the project is set to go until 2020 – at that point there will be an assessment of what will happen with her.

We’re beyond excited for your live performance! Can you give our readers any hints as to what to expect? What’s the ideal headspace for people to be in beforehand?

There will be three stages: Act I – Photoshoot; Act II – Processing; Act III – Posting. I’ll be wearing the same costume in one setting but will embody three different kinds of women using different camera angles, physical poses, and capture moments. People should come by as they wish and also be sure to check out the posts online on the IG accounts @leahschrager, @hotspot.studio, and @onaartist.

Lastly, are there any upcoming projects you’d like to shamelessly plus to our community?

I’m excited to have my work for the first time in the Watermill Center Benefit! So you can find me there too. 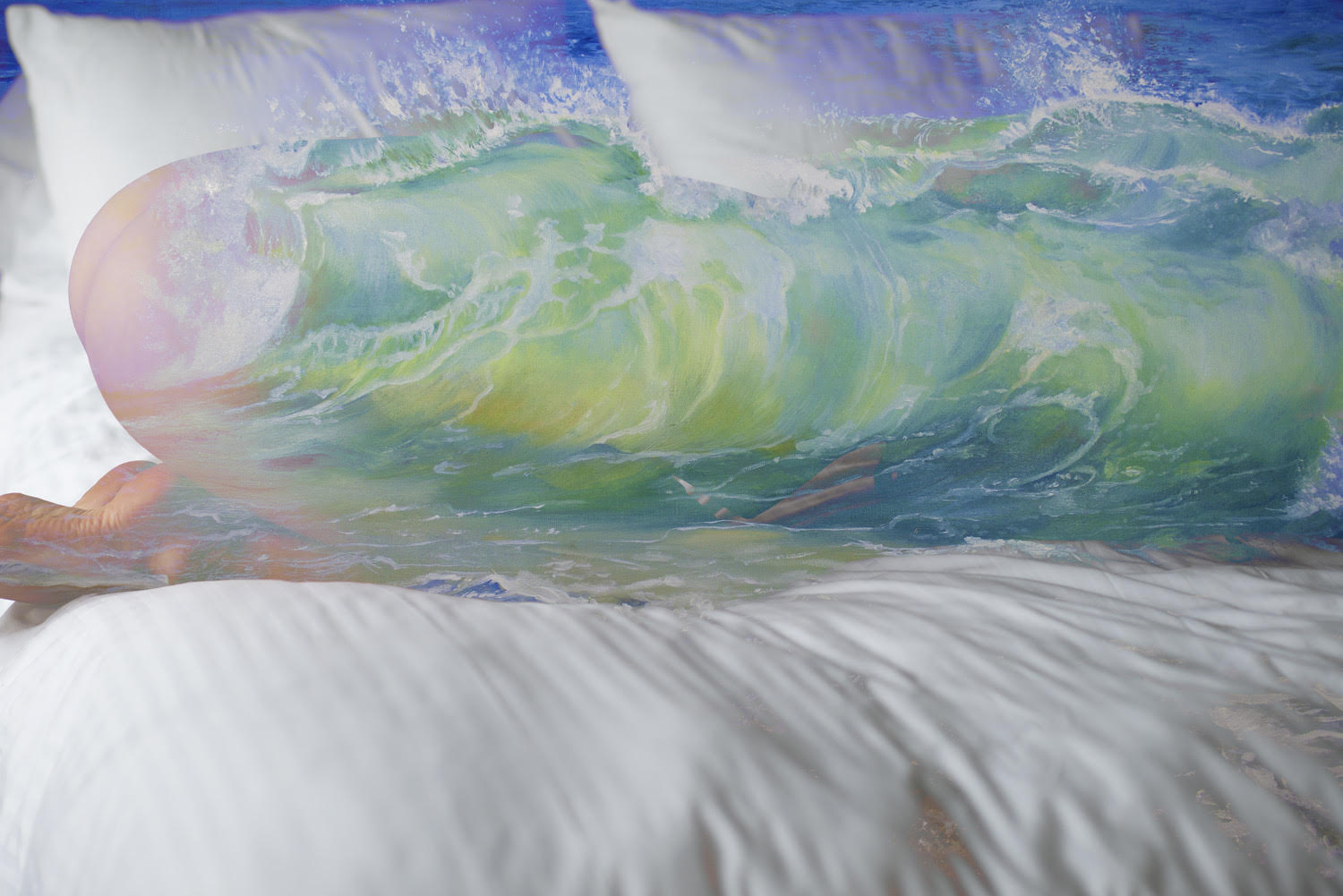 Leah Schrager: “When in Montauk” 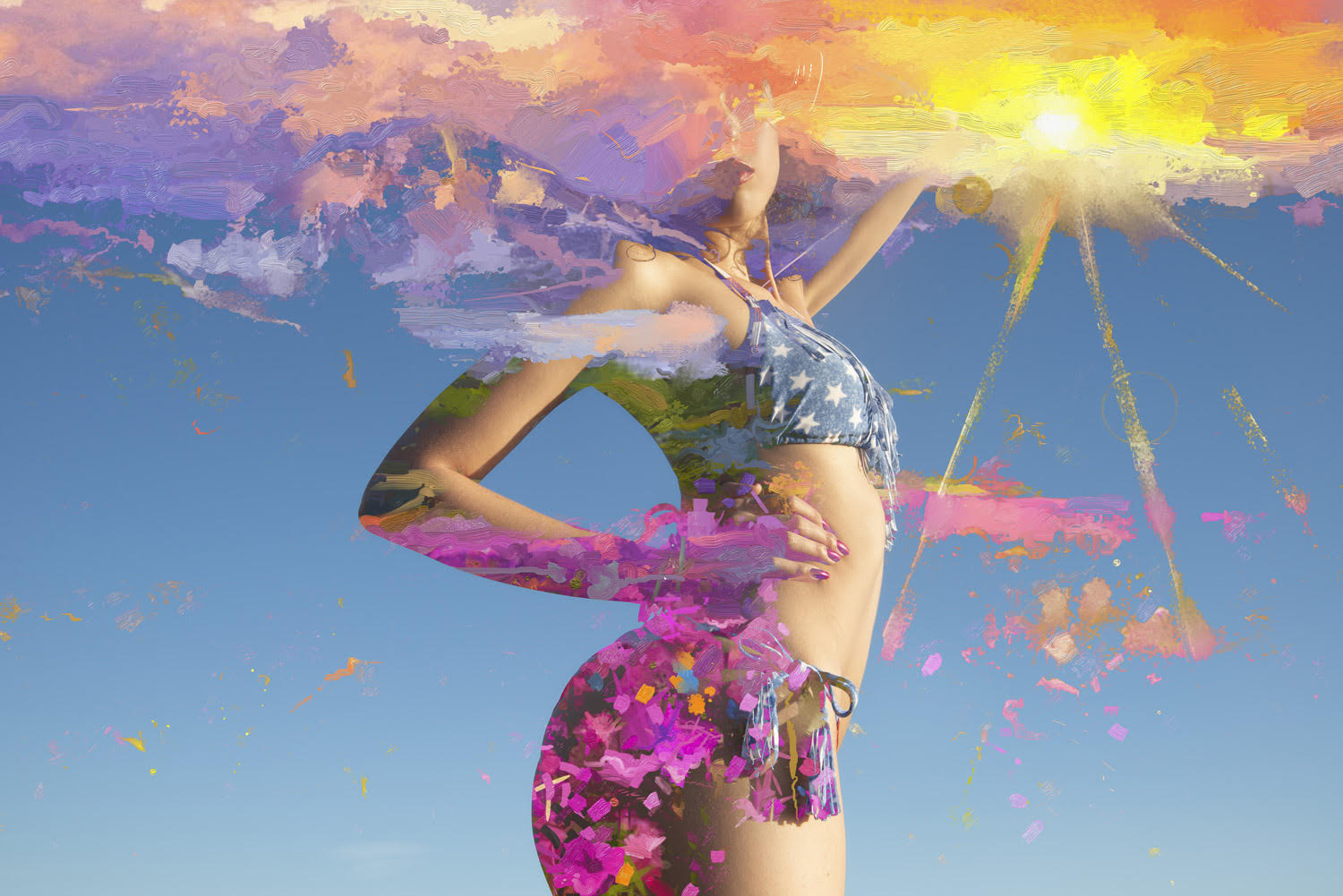 Leah Schrager: “Too Hot to See” 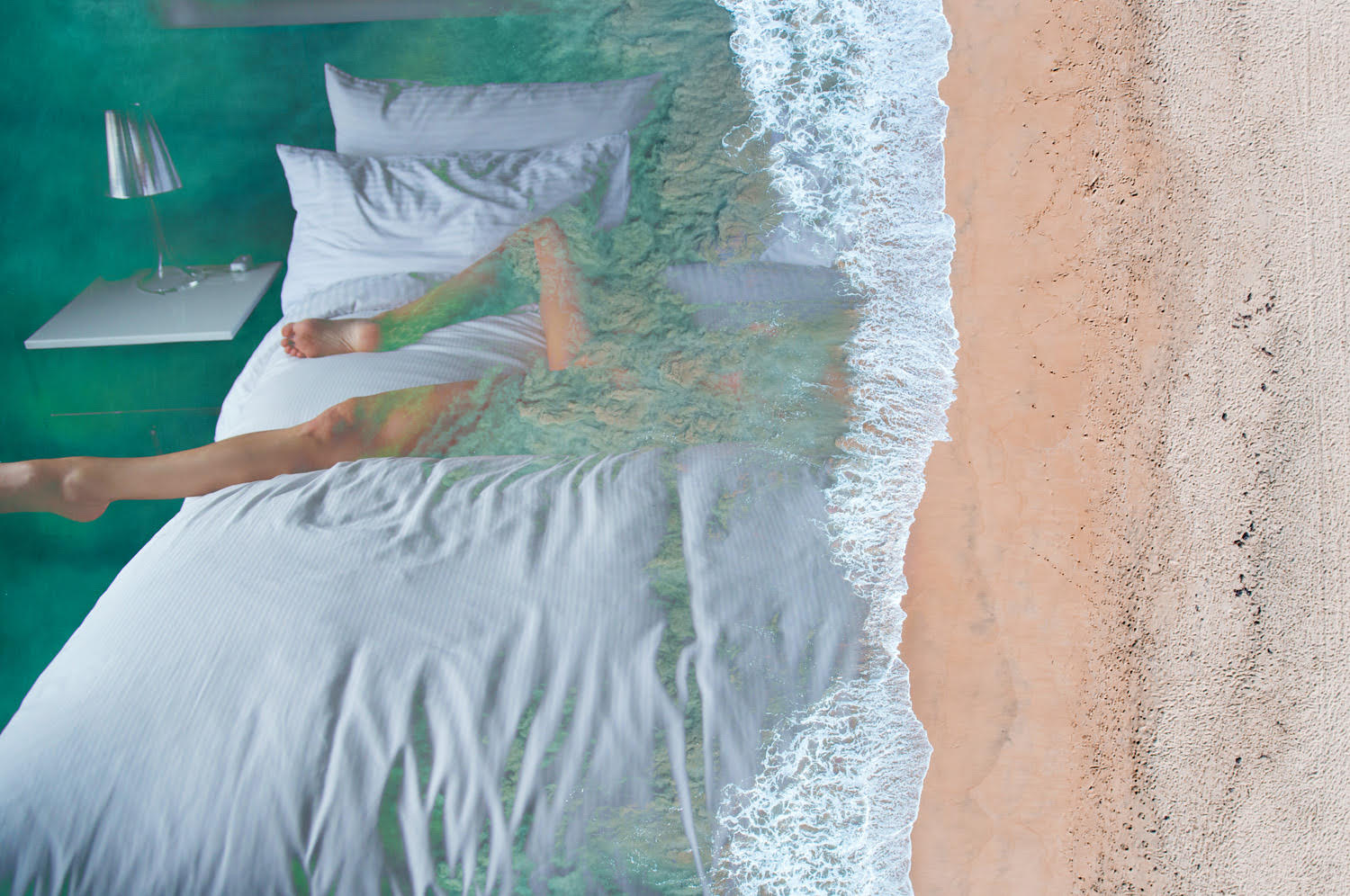 As always, peep our calendar for event details and to RSVP.