While “Rosé running dangerously low in the Hamptons” might sound like a headline better suited for satirical publication The Onion it was actually featured in the New York Post last summer. New York mag added “This is perhaps the most dramatic rosé shortage since 2012, when Hamptons wine shops limited sales to four bottles a customer.”

All jokes aside, people were guzzling the pink stuff with such fervor that East End frequenters Raj Lala and Tom Duffy decided over drinks at Crow’s Nest to bring a limited run of rosé from Clare Valley, Australia to these parts for summer ’15 and call it Tommy Lala (their names combined). They appropriately played up the area’s insatiable rosé thirst by dubbing it “Summer Water” and even included an illustration of the Montauk Point Lighthouse on the label.

We were lucky enough to score one of the first bottles early (the distribution shipment is still en route) so we decided to break into it at the home of its inception. The message in this bottle? Let the rosé flow! 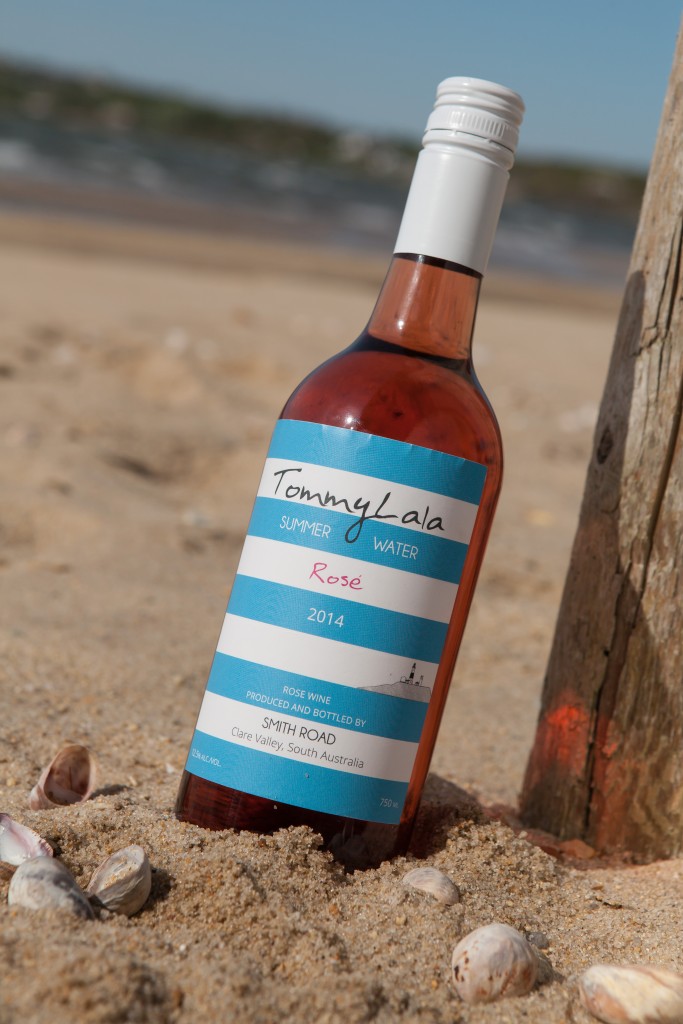 Strawberries and cream, raspberry, with a hint of spice.

Strawberries and red berry flavors continue on the palate, with a touch sherbet.

Savory and textural, with a fine acid finish.