The female voice is notably absent from EDM and one notable newcomer is seeking to change that. From classical beginnings in Connecticut to opening for Flight Facilities in D.C., this is one #ladyboss to keep your eye on. The best way to do it? See her at the Montauk Beach House on July 3rd. We chatted with Eau Claire about her unique moniker, women in music and more in anticipation of her upcoming MBH set.

Describe your sound in 3 words.

What inspired your moniker, “Eau Claire?”

Every summer I vacation in Calgary, Canada (where I was born) to visit my grandparents. In the morning I would walk through the Eau Claire Market to get to the YMCA and it dawned on me a few years back that the moniker would be a great fit for my sound and style of music. 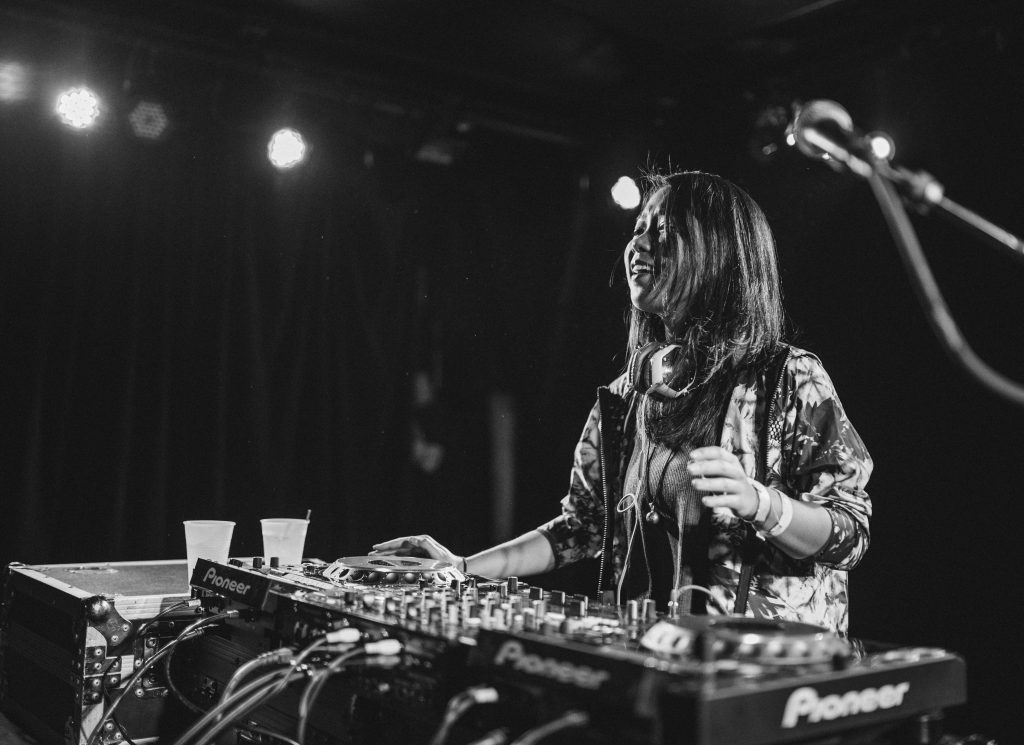 You’ve said Pitch Perfect inspired your music career. Can you elaborate on this?

I grew up playing classical piano since the age of four so I have always had some exposure to music, but it wasn’t until I was amidst a breakup and watching the movie Pitch Perfect that I had the revelation that I could write music just like Anna Kendrik’s character in the movie was doing.  I immediately started researching the kind of software I needed to write and would spend literally every waking moment I had teaching myself production. I was able to divert my post-breakup energy towards this new creative outlet and the possibilities were endless.

How has Washington DC influenced your sound?

I grew up in a small suburb in Connecticut with very little diversity and after moving to DC I found myself discovering a new wealth of culture and experiences that have influenced who I am now and subsequently [informed] my musical direction. I’ve learned over the years how important it is to find happiness as well as finding balance in all aspects of life. I try not to take things too seriously and try to look on the positive side of things whenever I can, which is why my music often relays a positive, feel-good energy.

Fill us in on what you’ll be spinning at the MBH this upcoming 4th of July weekend.

Get ready to groove to a mix of classic and modern disco influenced tracks. From Donna Summer and Marvin Gaye to today’s modern talents like Goldroom and Aeroplane. You can get a taste of my music from my mixtape series Feed Me Disco:

Besides spinning at the Beach House, what are you planning on doing in Montauk?

It’ll be my first visit to Montauk so I’m looking forward to exploring the area and beaches as well as enjoying some amazing seafood! I also can’t wait to relax poolside at the Montauk Beach House!

What are you most excited for this summer?

I love the outdoors and I’m planning a trip to Yosemite to hike the Half Dome! I’m even more excited though to release my debut EP. I’ve been working on it for so long and getting it out there has been my goal for the last several months.

Who are some of your favorite up and comers we should be listening to?

It’s no secret that there aren’t many mainstay female DJs. What makes the female perspective so unique to nightlife/DJ culture?

Women are certainly few and far between in the industry, even though our abilities are on par with our male counterparts. I feel that knowing that we may always face some form of gender inequality in this industry makes us more driven to bring awareness to the issue in the nightlife/DJ culture as well as in other ares. With more awareness of such issues I hope that more women will feel empowered to become involved and participate in the music industry as well as other fields that remain heavily male dominated.

Amen to that, sister!

Peep our calendar for the full summer lineup!