In the past five years Sean Spellman has traversed the United States no less than a dozen times, always winding up either off the grid or in the unexpected. His music and artwork oozes adventure, so, it should come as no surprise that he has taken the reigns as our second Artist in Residence of the season. We chatted with Spellman about his appetite for the unknown, his new coffee table book and where he’s headed to next.

What climate do you most prefer? Why?

I like the change of seasons. But I can only take winter in the northeast for about a month before I need to escape.

We here ya – it can be pretty brutal.

It’s no secret that you’re an incredibly talented musician. How has your music influenced your art and vice versa?

Well, thanks. Each is an exercise that benefits the other. When I can’t write songs it’s nice to focus on making visual art, and vice-versa. It’s a good way to keep from getting frustrated with lack of productivity. I try to always keep my eyes and ears open and to be influenced by everything around me. I try, at least a little, and often that means shifting from making music or art to a variety of other ways of interpreting the world.

Describe a typical day in the life of Sean Spellman.

Lately I’ve been touring a lot with the band so a typical day is pretty monotonous with hotels/driving but there are wonderful moments of playing music and meeting people and being in new towns with great accents that I’ve never encountered before.

My dream day at home in Westerly, RI this summer: wake up, eat some fruit while listening to the radio, surf for a few hours, write songs/paint at home, ride back to the beach to paint/write/read, surf again, make dinner on the grill with Rasta Ry or meet up with friends, record at home (I gotta finish my solo record this summer), stare at the sky, go to sleep before 4:00 AM.

Nice! Your work is incredibly simple, yet uniquely identifiable. What does simplicity offer that complexity does not?

Simplicity offers room for an individual’s unique interpretation, which oftentimes makes the mind wander in pleasant ways, which I’d like to encourage.

Word. On the subject of wandering… tell us a bit about your coffee table book, “A Short Strange Trip – Interpretations of California and the American West.”

I actually found the notebook I did most of those illustrations in tucked away in a box last night. It reads just like the book, minus the photographs. I had that notebook (and several others) on me for the better part of a year towards the end of my stint of living in my van. Everybody lives in vans now, it’s a trend, which is cool. I think it’s great that people are ditching their 9-5s for more fulfilling and unpredictable lives, and getting out there and understanding the people of this country a bit more. It’s good for humanity. I just ended up living in my van kind of by accident. I couldn’t decide where to move and had a tight budget since we were touring a lot so I just kept floating around. The van has a nice comfy bed so that was easy. Flipping through that notebook was like taking a trip back to all those places, a really cool way to document those memories because I’ve never really been one to keep a journal. 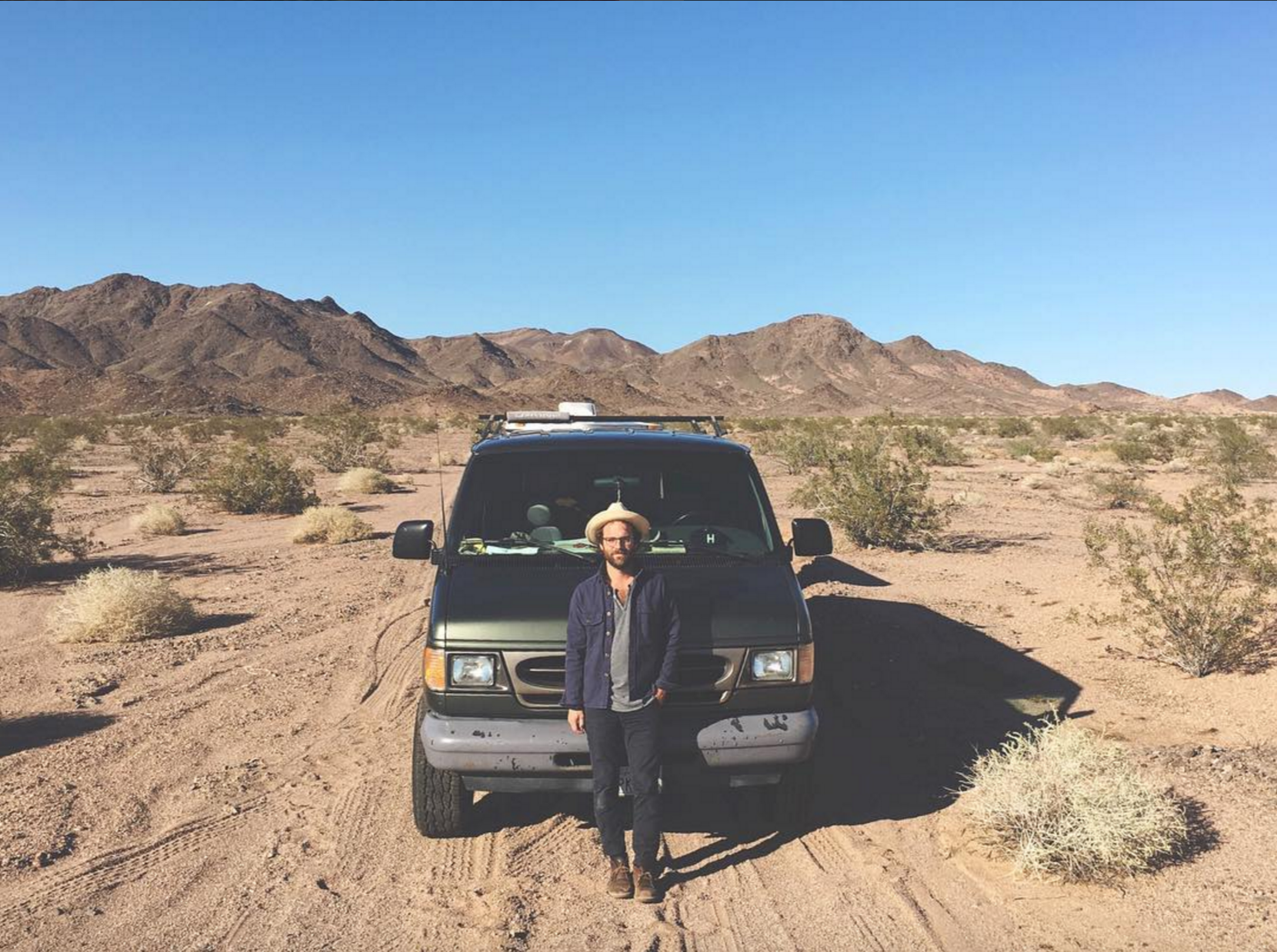 Speaking of your van, you’ve referred to it as vegetable oil powered. Can you elaborate on that?

Pull up to a grease trap, filter it, fill up, drive for 1000 miles. It’s almost as easy as it sounds and is the best way to give the middle finger to big oil. Check it out, it’s a life-changer, for yourself and indirectly millions of other people.

Now back to us 😉  – how did you connect with the MBH and what are you looking forward to most about being our second “Artist In Residence” of the season?

I think I hooked up with Walt through Instagram. We’ve got some mutual friends and I had been hearing about the MBH for a while. I can’t wait to come check the place out.  You have pineapple drinks, right?

Ha – we’ve got ALL kinds of libations. We’ll save a drink umbrella for ya.

What is something you love about Montauk in general?

I love Montauk because it reminds me of Southeastern CT, which is where I was born. It feels like New England.

This week I’ll be in New London, CT at my folks’, Montauk, Hudson, NY and then back in Westerly, RI for the summer. I’m gonna stay put for a little while at least.

Thanks Sean! We’ll leave you guys with Quiet Life’s (Sean’s band, duh) latest video, filled with those nostalgic #summertime vibes we all yearn for:

Join us this Friday at 6:00 pm for an evening of art and conversation with Sean and peep his artwork in our lobby over the next few weeks.

Snag a copy of “A Short Strange Trip – Interpretations of California and the American West” here.

Be sure to check out Sean’s band Quiet Life. You’re welcome.